I have been working on a project about the non-monogamous norm seen through the eyes of the female gaze. A collective view on this alternative norm, visualized via film, where you follow a conversation between different womxn about their experience. It is an open and intimate conversation and shows how the alternative can be. I want to let the womxn speak on this subject, because I think that we can learn a lot from the vulnerability of it. With the work I want to start the conversation on the other relationship forms, who are just as safe, beautiful, and scary as every other monogamous relationship. I want to break through this taboo and show that there are a lot of more people who have these normal belongings. If we can see it more around us, we will start normalizing it. I want to make room for the more open and non-monogamous standard, so that it can live next to monogamy. 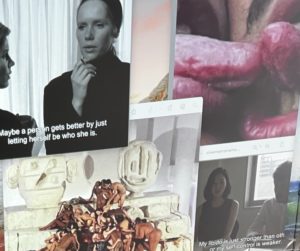 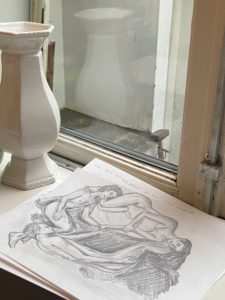