The Arctium is a metaphysical lab where we collectively create new unstable and shapeshifting cultural notions of gender performance through digital, physical, and performative artefacts.

At the Arctium, dichotomies such as designer/performer, physical/digital, fiction/reality and individual/collective are distorted to give our collaborators new paths to explore.  By refusing to comply with rigid, singular concepts of reality, collaborators of the Arctium foster relationships between worlds, practices, and perspectives as a method to explore the transformative dimension of gender performance.

The Twins have legs that expand away from their bodies, spiking through space. As they dance, they tangle onto each other blurring boundaries of who started the fight and where they stand towards each other. The more they progress, the more they expand, flourishing like frailejones. They perform a slow eternity of fighting with oneself, making up and finding peace until the cycle starts again. Like teenagers, they are getting to know their bodies. They embody the discovery of pleasure and pain of growing in space before having to be confronted by other agents.

Their skin is textured by metal, rusted by Bolivares, a rotten oil currency that has no value on this mountain. This space is the pixelated version of a land that seems so far away for some of my agents who call it home. Mérida, Venezuela has become as fictional to them as the Arctium. Generating the Twins has allowed them to return in a way that the physical world would not allow.

Their performance is formed by our agents’ psychological responses to body dysmorphia, puberty and assault lived through their position as queer femmes. Although these experiences are situated in very physical, temporal and societal settings, the Twins express the isolated inner dialogues resulting from these situations.

The Shell was generated for dysfunctionality. Their human posture obstructs the way their bird legs try to bend in the opposite direction. Their three-toed feet are shoes designed to mimic birdlike strikes walking unwillingly on the synthetic office floor, as to confuse both the wearer and the observer, installing discomfort in everyone involved. Their wings, a symbol of freedom, are keeping them at a lonely distance from any other agents in the scene. It’s a reminder that no matter how much they try to perform the office workers role, they will always be 3 metres away from any of the others.

The shell translates our parent agents’ experiences of justifying their existence as minorities to a world that does not recognize them as equal for not fitting its norms. They spend lifetimes altering themself (mentally and physically) as an attempt to perform what is projected on them.

The Arctium consists of Lisa Vander Plaetse, a Rotterdam-based product designer, and Monika Diezenberg, a visual and performance artist.

To Lisa, shoes are artefacts that can tell stories of the human body, technology, culture, and self-identity. As a queer femme coming from a lineage of immigration, Lisas’ design process is an opportunity to conduct sociological research around the theme of identities and shape new stories through the medium of footwear and collaborative work. Monikas’ foundation as a filmmaker has given her the tools to translate her ideologies to linear storytelling by deconstructing our idea of reality with staged documentaries, interactive video installations, and video performances. Her journey part of the dutch Ballroom comminty within the pioneering house of Vineyard reflects in her creative practice through character creation and fantasy. In her work, she investigates topics such as gender identity, sexuality, and self-perception. 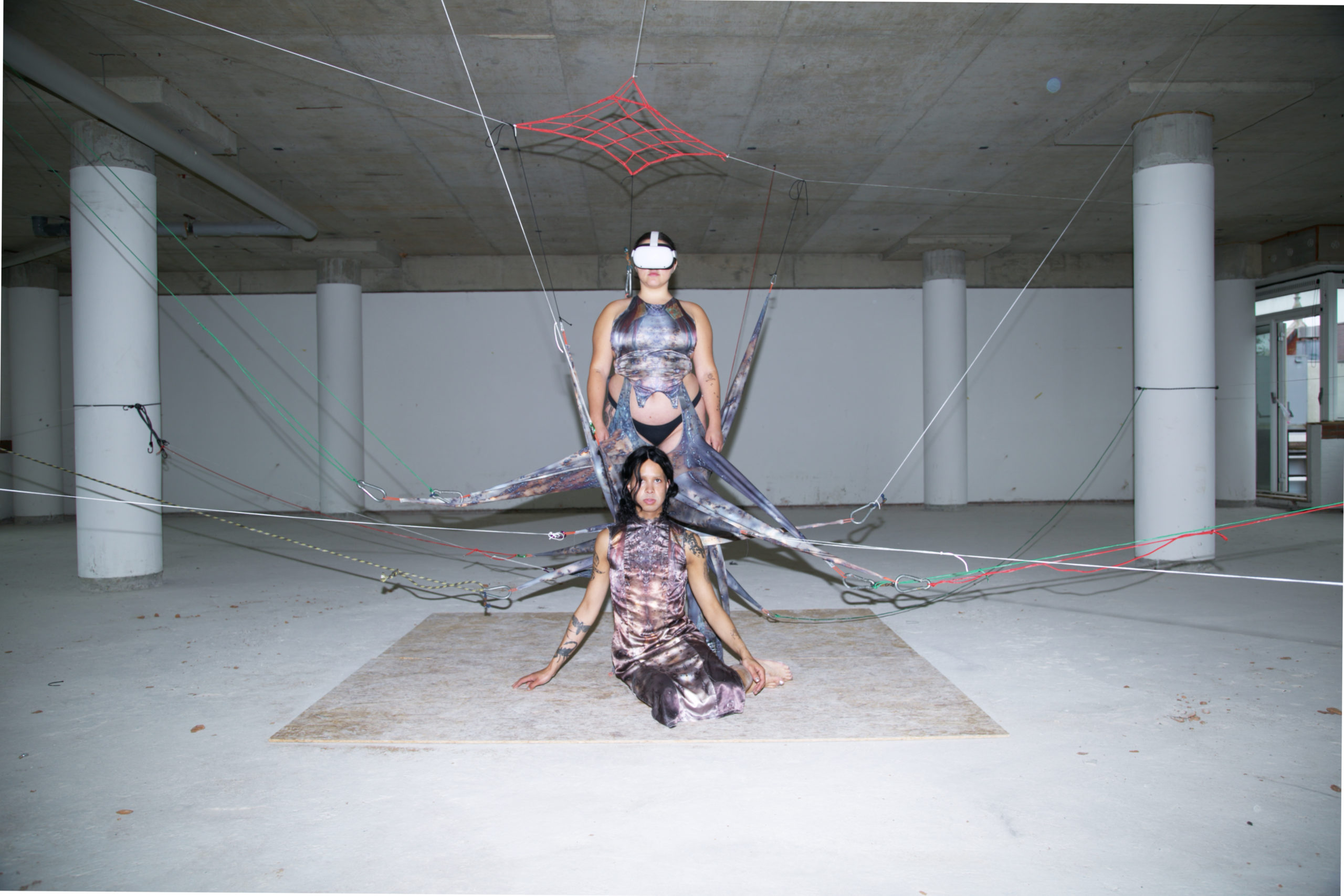